Microsoft Lights Up Beacons for Retailers

The Microsoft Retail Experience Center lies within the company’s sprawling Redmond, Wash., headquarters. A portion of the warehouse-sized building is devoted to demonstrating how merchants can increase consumer engagement—and ultimately sales—by employing cloud services and converting the iPhone and other smartphones from devices that merchants fear into virtual sales staff.

The dream of indoor location sensing has always been just that – a dream. The difficulty of Wi-Fi tracking and other technologies has made it hard for anyone – from businesses to regular users – to figure out where they were in a venue. But the folks at Estimote, a Polish beacon company, may have just cracked the code.

Using something they’re calling “Nearables,” as well as standard Beacon technology, the company is now able to track people and objects in a building. What does this mean?

First, you won’t be able to be tracked without your permission but once you’re on the network you’ll be able to see where you are on a map, identify objects anywhere in a venue, and even see where your friends and co-workers are anywhere in the building. Think of Harry Potter’s Marauder’s Map without the ability to track cats (unless you stick a nearable to them). 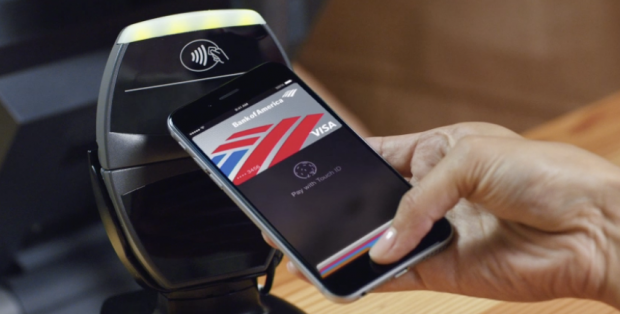 Near Field Communication technology, or NFC, is starting to be embraced in commercial products everywhere, from the Apple Watch to customer loyalty keychains.

For Seattle startup GoToTags, it’s an adoption wave that’s just too big to pass up.

The company, which launched as a one-stop-shop for NFC services back in 2011,announced on Thursday it has raised $300,000 as it looks to expand its sales and marketing teams to match the unprecedented demand.

NFC lets two devices communicate by bringing them close to one another. While most people have seen it used in smartphones for things like tap-to-pay features, the technology has ranging applications for virtually every industry, from tracking inventory in stores to voting systems.

Commuters in taxi cabs across the UK cities of London, Edinburgh, Glasgow, Manchester and Birmingham will soon receive context-relevant messages as they travel. A total of 4,000 Bluetooth Low Energy (BLE) beacons are being installed in taxis by mobile proximity marketing provider Proxama and taxi advertising provider Ubiquitous.

Retailers seeking to capitalize on Internet of Things technologies will spend an estimated $2.5 billion in hardware and installation costs, nearly a fourfold increase over this year’s estimated $670 million bill.

The hardware expenses includes Bluetooth Beacons and RFID (radio frequency ID) tags. Bluetooth beacons enable visibility over footfall as well as the ability to push relevant information to consumers’ smartphones. Meanwhile, RFID aids in real-time asset tracking, reduced labor costs and even dynamic pricing according to stock levels and online pricing. These two are the most commonly used technologies when it comes to Internet of Things systems.

According to Juniper Research, retailers integrating the IoT to generate an ‘ecosystem’ are positioned to gain market advantage and truly capitalize on the opportunity.