The most intriguing location-based tech stories brought to you as they happen.

The rise of beacon technology was one of the major news stories of last year, but — as with a lot of new technologies — it can be hard to separate the hype around “what could be” from actual adoption rates and use cases. One of the main knocks on beacons is that they’re not as useful as advertised to many retailers and consumers aren’t really interacting with them. Nonetheless, Business Insider has predicted that beacons could influence as much as $40 billion of retail sales in the U.S. in 2016.

Unacast, which operates a network of beacon and proximity data, says its data indicates that the numbers are all going in the right direction — and that beacons are still very much on track to make a major impact on retail. The company today released its Q4 Proxbook report, revealing a 52% growth in the number of beacons deployed by members in the past quarter.

“We still see the number of sensors is increasing quarter by quarter,” Unacast co-founder and CEO Thomas Walle told Street Fight. “A lot of companies are still in testing and trialing, but we’re moving out of that phase and into full commercial deployments. There is a lot of work being done in the beacon space and the pace of growth is accelerating.” 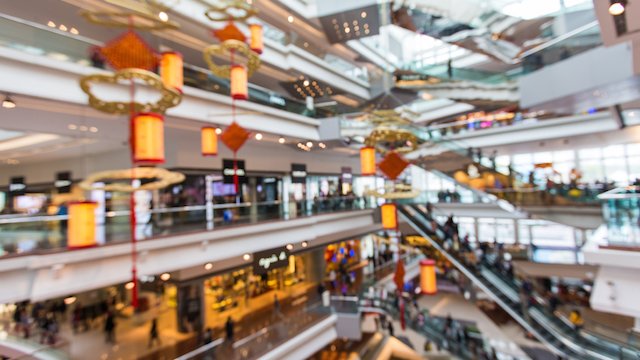 When retailers and technology providers gather Sunday at the Jacob Javits Convention Center in New York City for the National Retail Federation’s annual Big Show, there will be endless discussions about the best ways to enhance the overall customer experience.

Mobile engagement will dominate many conversations at this gabfest as consumers’ affinity for smartphones, tablets and wearables forces retailers to rethink their brand strategy. One topic that is sure to come up again and again is the role beacon technology plays in the customer’s in-store experience.

Near the end of 2015, many mainstream publications rushed to declare Apple’s iBeacon technology a dud — even though it’s been on the market only since mid-2013. But some industry insiders believe it’s too early to pass judgment.

“There’s been a lot of hype and a lot of buzz around beacons,” Margot Langsdorf, vice president of client services for shopkick, told Mobile Payments Today in a recent interview. “Any time you have a new technology like beacons … there’s going to be some chatter about it living up to the hype. I think it’s a little early to make a full call on this.”

Eddystone at heart of IoT vision

While Google didn’t make any major announcements at its Ubiquity IoT Developer Summit this week, the search engine giant did highlight its intention to further the development of open source IoT applications – where its open version of Bluetooth Low Energy (BLE) beacons took center stage.

Google has invested substantially into research and development of outdoor geolocation for over ten years now, with the aim of building application program interfaces (APIs) that assist developers using GPS, WiFi, and cell towers to build apps for implementations such as navigation.

Eddystone is Google’s very own beacon platform, which has a rather notable advantage over other beacon environments in that Eddystone can broadcast messages to smartphones through the Google Chrome browser without the need for a specific app. Support for Eddystone is built into the ‘Nearby’ API, available to developers from Google Play Services, or from GitHub under the Apache 2.0 licence.